Spillway is one of the structural component of dam that spills the water back into the river so that the water does not harm the dam. There are different types of spillways. Some of them are listed below:

In general spillways can be classified into two parts as overflow & channel type on the basis of where it is placed. These two major types of spillways are further classified into sub-categories which are explained below:

The discharge calculation formula for the Ogee Spillway is:

Effective width of spillway crest in design is calculated as: 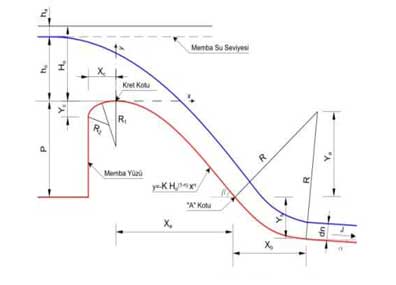 It is the type of spillway that is isolated from the dam. There are different channel type spillways in use. Some of them are explained below in brief: