The name “dumpy level” originated from the fact that formerly this level was equipped with an inverting eye-piece and hence was shorter than Wye level of the same magnifying power. However, modern forms of dumpy level generally have erecting eye-piece so that inverted image of the staff is visible in the field of view. In some of the instruments, a clamp screw is provided to control the movements of the spindle about the vertical axis. For small or precise movement, a slow motion screw ( or tangent screw) is also provided. Some of the important parts of Dumpy Level are listed and described below: 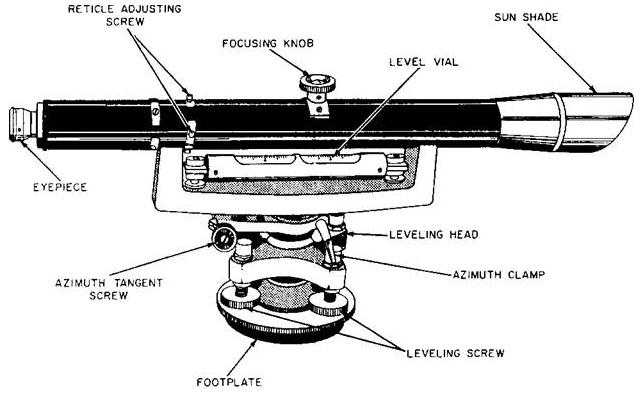 The advantages of dumpy level over the Wye Level are: